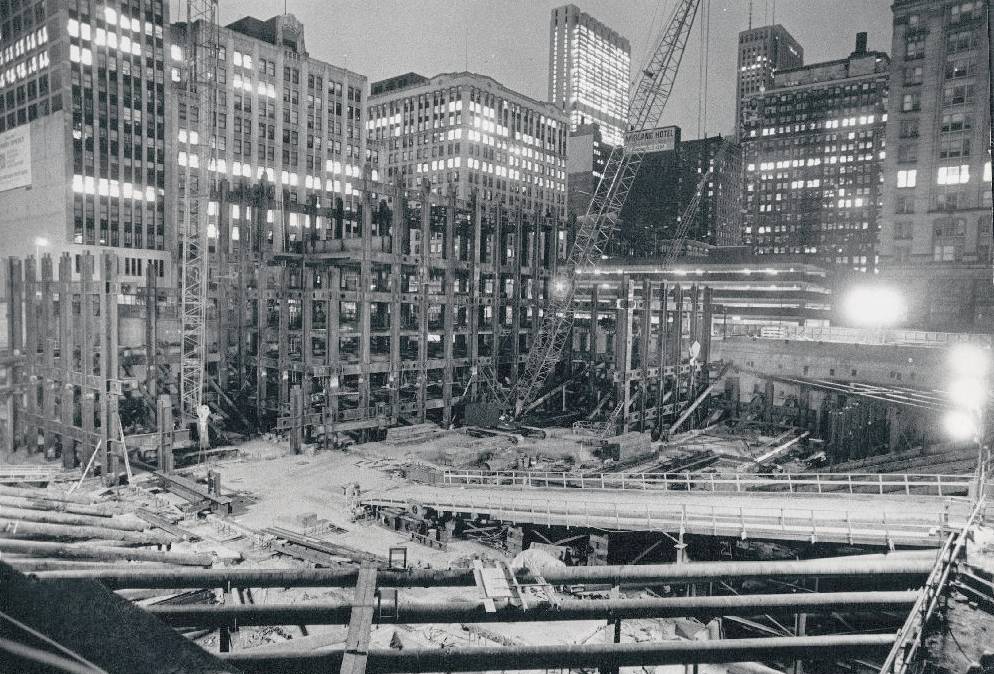 Finishing a script takes a long time, and I’m glad to say that the one for my second film, COMING YOUR WAY, is done and doing the contest-and-festival thing. It’s much different that WAKE UP ALONE on many levels. For one, it’s funny. I didn’t sit back and say that I wanted to make a lighter film. Miasma is my currency. However, the subject made me choose laughter over depression. This story’s a bit convoluted, but it’s worth it.

COMING YOUR WAY was supposed to be my first film, originally called TURN THE STRANGE, and even had a 79-page script to show for it. The idea for it came to me when I thought about a blind woman guitarist starting a heavy metal band. The inclination for most creatives would be to make it dramatic and lean into the assumed struggles and pain blind people have. That didn’t interest me at all. I thought it’d be more interesting and fun to go the other way and make her story funny. Or rather, as funny as I’d allow myself to be. Emily wouldn’t be a self-pitying victim trying to survive, she’d be someone who doesn’t take herself seriously yet takes her work very seriously. I tend to come up with enough of an idea and tuck it away for later, but she wasn’t having any of that. What sold me was a moment of her saying “Wall.” before bumping into one. Her having such a level of comfort with her blindness that she’s not above playing the clown… how could anyone give that character up? I have to stress, before going on, that I in no way make fun of her blindness. The comedy comes from her as a character and those around her (like the funny stuff tends to), not from mocking her in bad taste and calling it a joke.

Why TURN THE STRANGE? It sounded like a good idea at the time and I’m so glad I moved away from that clunker. Esoteria and laughs never mix for the right reasons. Why COMING YOUR WAY? It’s part of a Metallica lyric from my favorite song of theirs. Back to when it was 79 pages. When I finished it, I starting taking the most babiest (spell check knows “babiest?”) of baby steps while finishing up a script that I modified into a teleplay. I’m a big DOCTOR WHO fan and figured the best way to start getting on the show would be to do things for the BBC. They have a site where unknown writers can get gigs for them. WAKE UP ALONE almost ended up as a TV drama submission. Just as I was about to send it, I realized it’d make someone else very happy and I’d be jealous and regretful for the rest of my life. Like sending the woman of my dreams away to a stranger after she told me she’d date me, then getting invited to their wedding. So I kept May, put Emily away, then made May.

Deciding what to do as the next film, I began preparing something horror: THE HATE REMEDIES. Just as I was about to start arranging notes on cards, Emily started whispering again. My intention was to eventually give the script to someone and let ’em run with it… but I realized it’d make them very happy and I’d be jealous and regretful for the rest of my life. I also knew that if I didn’t work on her now, I’d be too far removed from who I needed to be to direct TURN THE STRANGE. Like trying to start a relationship with an ex, but you’re both too different from who you were to make it work. So I put the horror away (for now) and got ready to kick out the jams, motherfucker. But even though I was still the right person for the job, I’d changed since writing it and it was written as a first script. The first script gets the world’s attention, the second script keeps it. So I set out reworking it to fit me better… which made it balloon to 149 pages. It doesn’t feel long, though, and one person who read both told me that COMING YOUR WAY read faster than TURN THE STRANGE. Still blows my mind that a 149-page script is brisker than a 79-page one.

What changed? I made it more Chicagoland-centric, gave it a George Carlin bite, made it more lower-class instead of nebulously middle-class, and added things I needed to say about stuff. The existing characters are more defined, and I added new ones. The cast was basically the three-piece band, Emily’s friend, and nameless blobs. Now, the blobs are people, the band’s a quartet, and the fourth member has friends. Scenes got longer, a new scene came from a problem I gave Emily, and another new scene came from her new bandmate (a dominatrix drummer) and her chums. Every scene revolved around Emily ruling her band somehow, and I wanted to have a scene where everyone got to be people instead of musicians. Then I put it in a bar. Then I had them order a pizza. Then I thought it’d be cool if the scene took as long as a pizza took to cook. I explained the writing of that scene to people like I was writing a symphony. I knew it was gonna be a long scene, so I had to keep viewers from calling bullshit. I treated each character as an instrument in an orchestra. You don’t use all the instruments all the time, you get choosy. You don’t play the same tune for a half-hour, you create movements and nuance. I broke the scene down into cards, gave each card a set of characters, gave the characters things to say, then let ’em loose. Remember: the 149’er flew by better than the 79’er.

While COMING YOUR WAY is doing the circuits, I’m finding other ways to get eyes on it. And I have a film to show off instead of telling money people, “Trust me, I direct. Gimme cash.” There’s a lot of time doing nothing, though, so I’m writing a novel to keep busy. It’s been a few years since writing my first one, LIE, and doing it will be fun. It’ll be an anthology because I love the idea of not having to think up long character arcs, it’ll be horror because I love the genre, and it’ll have no dialogue because I love the challenge. Since it’ll be a dialogue-less anthology, I can have fun with how I’ll tell the stories. That’s the thing I’m looking forward to the most, really. Breaking the form. Just because novels have been written a certain way doesn’t mean all novels have to be written a certain way. The novel will also help me vent in the healthy way that making art does. There’s a lot to rage about these days, and I’d rather get ’em on pages than keep ’em inside. I’m the too excited to get to one story, in particular. Good thing it’ll be the novel’s last one. It’s, hopefully, my deepest excursion into nihilism I’ll do for a long time. But I’ll have so much to say that nihilism is the only answer for. Fitting that it’ll be titled after a Nine Inch Nails song.